About 30% of Zambia’s territory is reserved for wildlife: the country has 20 national parks and 34 areas of nature management. Certainly, South Luangwa, together with Kafue National Park and Lower Zambezi National Park, is among the best natural parks in the world.

South Luangwa National Park is the main destination in the Eastern Zambia and is known to the locals simply as South Park. It was initially created under the name of Luangwa Game Park, in 1904, and converted into one of three nature reserves in 1938.

The awesome park covers an area of ​​approximately 9050 square kilometers of the valley floor of the Luangwa River and is located at an altitude ranging from 500 meters to 800 meters above sea level.

If I could do one more thing, it would be to go again on a safari.

The lifeblood of the national park is the Luangwa River, from which numerous small canals branch off. The park is rugged and dry in winter while summer brings the green season that makes the vegetation lush, green and flowery.

The northern and central sectors of the South Luangwa National Park are mainly dominated by shrub savannas, while the south sector offers a various landscape: you can find miombo, mopane and ebony forests, palm trees, baobabs and other plant species.

South Luangwa is synonymous with walking safaris. In fact, this huge national park in Western Zambia is the birthplace of one of the most exciting ways to see animals in the wild, always keeping a safe and respectful distance from these magnificent animals. 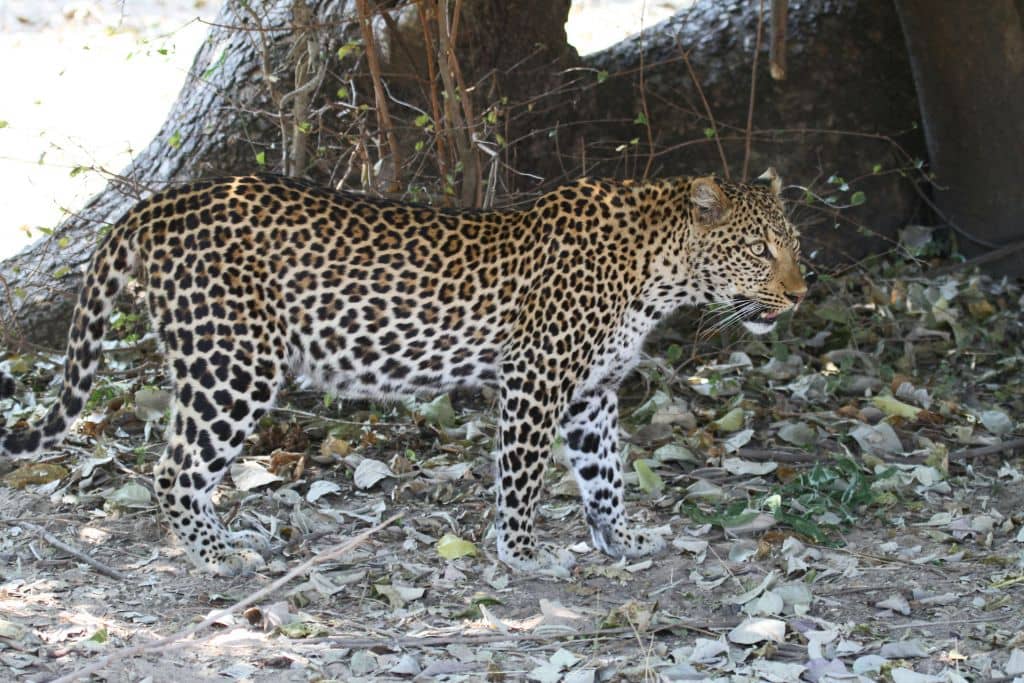 With around 400 out of Zambia’s 732 bird species recorded in South Luangwa National Park, including 39 birds of prey and 47 species of migrants, the birdwatcher has a lot to see, whatever the season although towards the end of the dry season, when the river lagoons begin to retreat, hundreds of big water birds can be seen wading the shallows.

Some magnificent trees and plants grow in the Luangwa Valley and surely this aspect brings richness to one’s experience. Learn to recognize different tree species and discover exotic wildflowers is an interesting experience.

Common trees in the valley include the mopane, the leadwood, the “vegetable ivory” palm, the marula and the magnificent tamarind tree. There are also some magnificent specimens of baobabs and some large forests of ebony to be admired.

The concentrations of animals along the river area increase during the dry season and peak in September and October: large herds of over a thousand buffaloes and huge herds of elephants are frequently sighted.

Hippos gather in large numbers, often several hundred of them, in the deep canals of the river, accompanied by an unknown number of Nile crocodiles.

South Luangwa National Park enjoys a reputation as one of the wildest national parks in Southern Africa. Four out of the Big Five: elephants, leopards, lions and buffaloes are at home here, as well as hippos, crocodiles, baboons, a variety of antelopes and over 400 bird species. Moreover, three interesting endemic species are living here: the Crawshay zebra, the Thorneycroft giraffe and the Cookson wildebeest.