The Skeleton Coast is a coastal stretch that extends from the coastal city of Swakopmund in Namibia to the Kunene River on the border with Angola and constitutes a protected area 500 km long and about 40 km wide with a disturbing charm and incredible beauty.

The name Skeleton Coast most likely derives from the huge number of beached whales that lost their lives here and whose skeletons can be seen everywhere; on the coast there are also numerous ships that have run aground due to the thick fog, the rough sea, the unpredictable currents and the stormy winds, their rusty wrecks remain as a warning of the power of nature.

The Skeleton Coast National Park covers most of the wider Skeleton Coast area; it extends from the Ugab River to the northern borders of Namibia and is roughly divided into two main sections.

The southern part of the coast is known as the National West Coast Recreation Area. While most refer to the northern half of the park as the Skeleton Coast Wilderness.

The southern part, which extends from the Ugab River to Torra Bay, is freely accessible. However, a permit is required from the entrance gate to Ugabmund and Springbockwater, which can be purchased in Windhoek, Swakopmund or directly at the gate.

The northern part from Torra Bay to Kunene on the border with Angola is not accessible. This area can only be reached with a tour operator holding the concession and license. This area is the most attractive area of ​​the park.

South of the Skeleton Coast Park is the National West Coast Tourist Recreation Area, although part of the Skeleton Coast Park, it is an individual coastal stretch approximately 180km in length from the mouth of the Ugab south to Swakopmund and Walvis Bay and in the 2010 this area was integrated into the new Dorob National Park; this area is freely accessible and due to the abundance of fish this coastal stretch is a paradise for fishermen.

Cape fur seals are present in large numbers along the Skeleton Coast, they form huge and noisy colonies and in the Cape Cross Nature Reserve you can visit one of the largest colonies, an unforgettable experience.

Death would be preferable to exile in such a country

Despite the hostile character of the Skeleton Coast, there are numerous species of wild animals to observe, for example elephants, rhinos, desert lions, brown hyenas, jackals, giraffes, seals, oryxes, kudus and zebras; even some plants are incredibly adapted to the rain-free area of ​​the coast and depend exclusively on the daily fog from the Atlantic Ocean.

The famous fog for which the Skeleton Coast is known is a vital part of the ecosystem in this arid landscape, formed due to the meeting of the cold and unpredictable Benguela Current of the Atlantic Ocean and the desert coast of northwestern Namibia.

The San, hunter-gatherers who have occupied this part of Africa for centuries, call the Skeleton Coast the land that God created in anger. 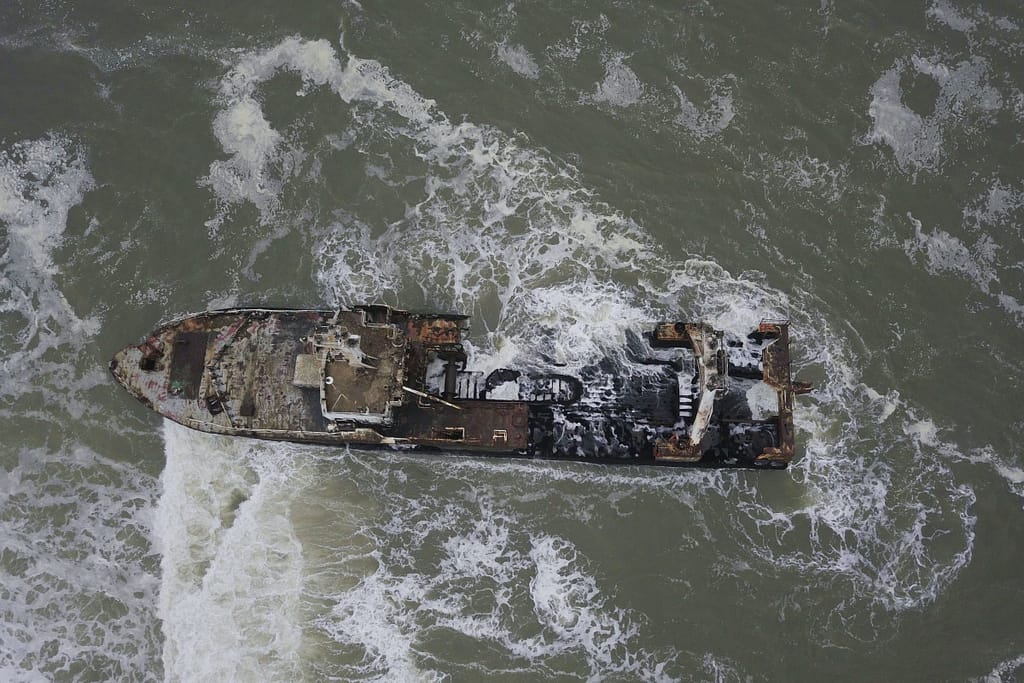