Ngorongoro Crater in Tanzania is a magical place and is an incredible destination for wildlife safaris; the crater was designated a World Heritage Site by UNESCO in 1979 as part of the larger Ngorongoro Conservation Area, which includes two other craters: Olmoti and Empakai.

As stated on the Unesco site, the Ngorongoro Conservation Area extends over vast expanses of plateaus, savannah, woods and forests, from the plains of the Serengeti National Park in the northwest to the eastern arm of the Great Rift Valley.

The Ngorongoro crater is a sort of Garden of Eden: it is an extraordinary geological formation, its landscapes are incredibly beautiful and it is a sanctuary for the animals that populate its savannahs.

About 2.5 million years ago, the Ngorongoro crater was a huge volcanic mountain, which rivaled Kilimanjaro in size with an estimated original height of the volcano between 4,500 and 5,800 meters

When the top of the mountain collapsed in on itself it created the largest volcanic caldera in the world.

A caldera is a specific type of crater, caused by the collapse of a volcano’s mouth on itself.

Of the hundreds of calderas in the world, the Ngorongoro crater is the largest uninterrupted; the rim, or the edge of the crater, is intact and the basin is not flooded; the crater is about 610 meters deep with an area of ​​about 260 square kilometers.

Some of its most important ecosystems are the following:

In the crater there are no impalas and giraffes: the reason is due to the fact that the slopes of the rim are too steep to be able to walk and that the bottom of the crater does not guarantee suitable pastures.

In the Ngorongoro Crater there are 8 herds of lions which make this place one of the nature reserves with the greatest concentration of these big cats.

Inside the crater live about 75 lions, easily identifiable due to the relatively small size of the crater and for this reason they are also the most studied lion population in the world! 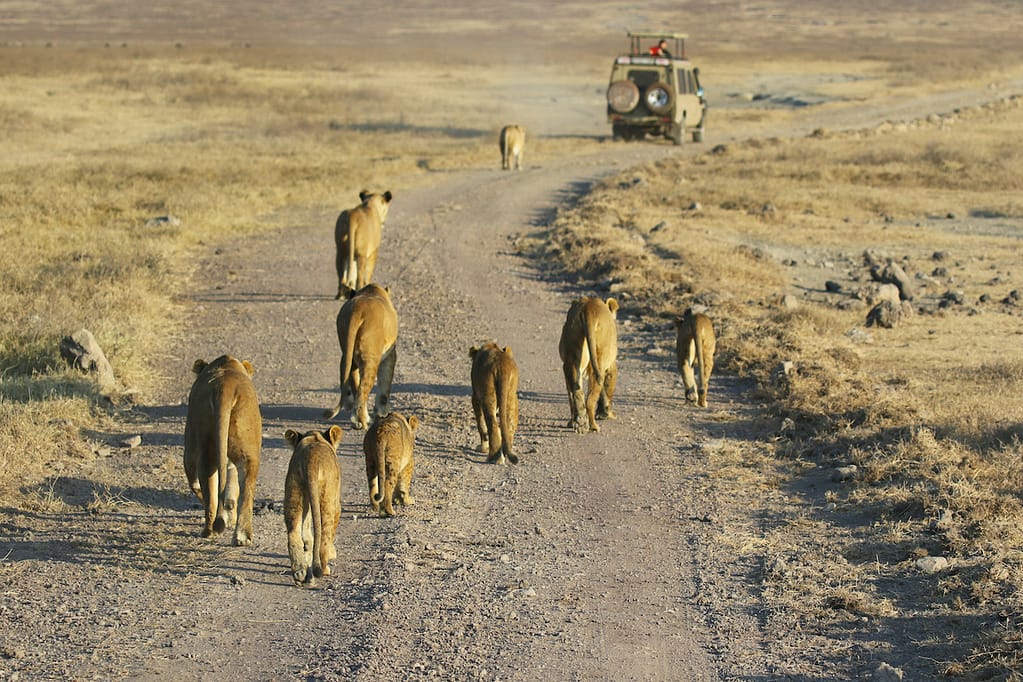 There are two distinct seasons in the region; a rainy season from November to April and a dry season from May to October.

The dry season is generally the best for animal observation as they gather around permanent water sources but the Ngorongoro offers incredible sightings throughout the year also because it is not subject to any migration and the animals that inhabit it are all residents.