Kafue National Park is the oldest and largest of Zambia’s national parks, it protects an enormous area of ​​22,400 square kilometers and consists of a vast and gentle plateau, located along the course of the Kafue River, from which it takes the name, and of its two tributaries.

During the dry season from May to November, the Kafue River, together with its tributaries, is the lifeblood of the park, attracting all sorts of wildlife and providing an abundant supply of water for many different species.

Although it was not recognized as a national park until 1950, the Kafue was established as a protected area under British colonial rule as early as 1924, it has undergone periods characterized by heavy poaching but in recent years with the opening of more and more tented camps and private lodges the park has become safer and safer thanks to an increased level of protection from the Zambian Wildlife Authority.

Due to its enormous size and variety of habitat types, Kafue National Park is home to a fantastic diversity of wildlife.

The great variety of habitats is one of the main characteristics of the Kafue National Park; in the south of the park the landscape is rather dry and sandy there are wide and extensive plains, picturesque Miombo forests and wetlands; the center of the park is mainly characterized by beautiful river landscapes and forests along the river. 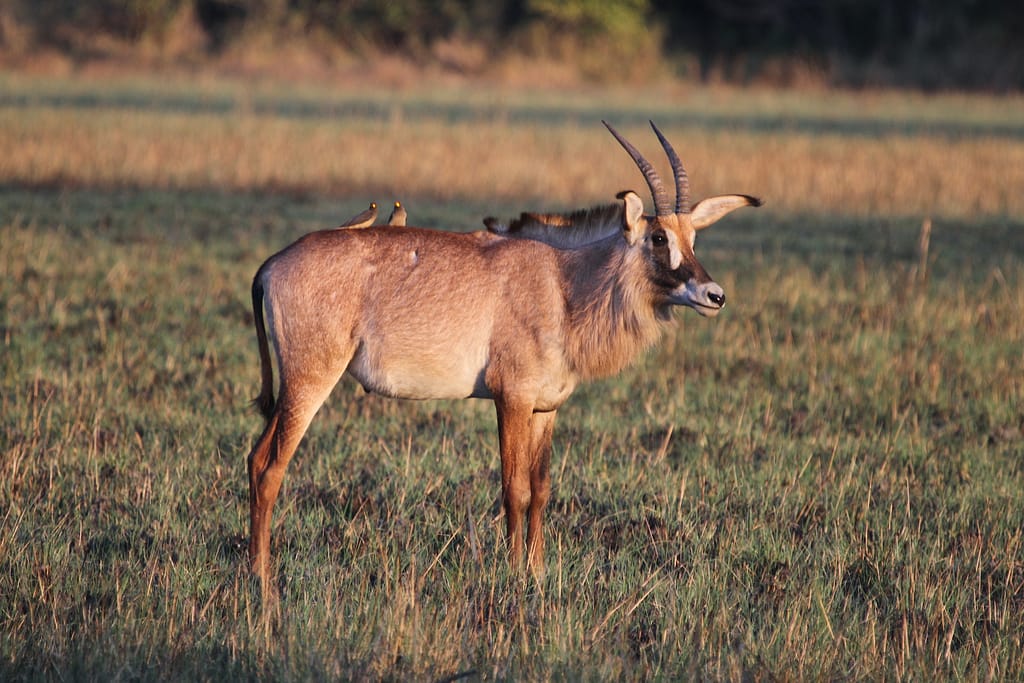 To the north stretch the spectacular Busanga Plains, the floodplains, this is one of the richest wildlife areas in Kafue, it attracts a wide range of antelopes that includes many thousands of red lechwe and, deep in the swamps, the solitary sitatunga.

The alluvial plains of Busanga are one of the most important wetlands in Zambia and is probably the best known area of ​​the Kafue; is one of the few known breeding sites for endangered wattled cranes and it is not uncommon to see large aggregations of these rare birds, sometimes in mixed flocks with the iconic crowned cranes sifting the Busanga for food in mega-flocks .

The Busanga Plains are known for the predators that populate the area, in particular the lions which are present in large numbers thanks to the concentration of prey.

The Kafue National Park is characterized by the great diversity of species present in its territory, it hosts more species of ungulates than any national park south of the Congo Basin, from puku to roan from red lechwe to sitatunga.

In the park there are also leopards and cheetahs, which for Zambia is a rather rare sighting, even wild dogs are present in the park as well as pangolins, zebras and other numerous species, in fact 158 ​​species of mammals are registered.

When the floods in the Busanga Plains reach their peak between March and May, numerous populations of hippos and crocodiles can also be observed.

The Kafue is also a paradise for birdwatchers with over 500 species of birds recorded in the park; among others you can find the Pel’s Fishing Owl, Black-cheeked Lovebird, Chaplin’s Barbet (the only bird endemic to Zambia), Wattled and Crowned Crane, African Fin-foot, Bohm’s Bee-eaters, Paradise Fly-catcher, kingfisher, sunbirds and numerous birds of prey.