Camdeboo National Park is one of the newest national parks in South Africa, it has been a national park since 2005 and was previously known as the Karoo Nature Reserve.

The Karoo Nature Reserve was established in 1979 to protect and conserve the Karoo biome; it was renamed Camdeboo National Park in October 2005 and was announced as the 22nd national park in South Africa.

Camdeboo or !Xamdeboo is a word in the Khoi-khoi language which means green valley.

Camdeboo National Park, despite its modest size, offers an exciting variety of natural, wildlife and cultural experiences as well as the unique landscape and ecosystem of the Karoo.

Most of the park is located between 740 and 1480 meters above sea level but there are also low plains where most of the animals are concentrated.

The particular biome creates the habitat for numerous plant species: 336 plant species have been identified, including 71 families of flowering plants.

The fauna is also quite rich with 43 species of mammals recorded within the Camdeboo National Park including 11 species of rodents and 13 carnivores; among the wild animals regularly sighted we find: Steenbok, Springbok, Blesbok and Black Wildebeest in the more open areas, in the dense thickets you can admire Kudu and Gray Duiker, Cape buffalo, Red Hartebeest and Gemsbok while the Cape Mountain Zebra prefer the more mountainous areas of the reserve. 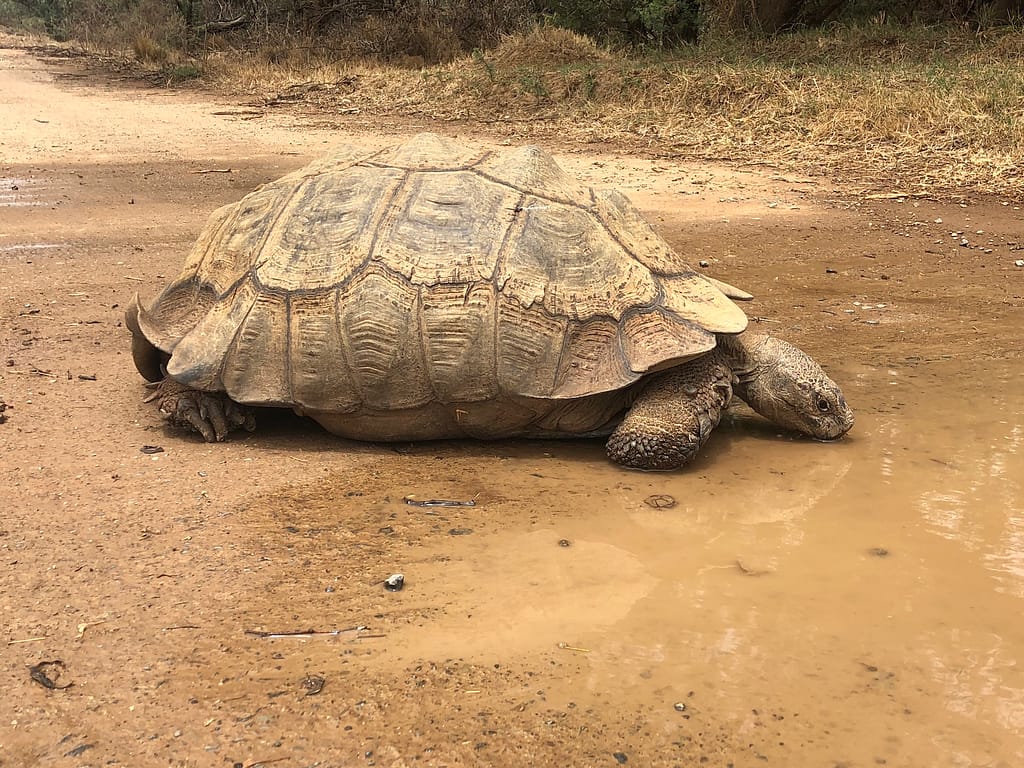 Over 225 bird species have been recorded in the park, many of which are endemic to the Great Karoo of South Africa, including the ostrich, an example of a bird adapted to life in the plains of the Karoo.

For the observation of the fauna in the park there are currently about 19 km of dirt roads that guarantee the opportunity to observe the entire range of indigenous species in their favorite habitats.

Going up the road that leads to the viewpoints of the Desolation Valley you can admire the landscape of the plains of the Karoo and the imposing columns of dolerite ancient more than 180 million years ago when the volcanic eruptions gave life to these incredible formations.

The Valley of Desolation was declared a National Monument of Geological and Landscape Importance in 1935.

Close to the Camdeboo National Park is the ancient city of Graaff-Reinet.

Graaff-Reinet was founded by the Dutch East India Company in 1786 as a trading post to expand inland trade from the Cape Colony.

The city takes its name from the then governor of the Cape Colony, Cornelis Jacob van de Graaff, and his wife Reinet.